Founded in 2003, the company began on the premise to supply eastern ­Tennessee with the highest level of motorcoach ­services. The company’s visionary Nick Cazana, who had a true passion for the motorcoach industry, demands Premier to be much more than a name for his company but also a way of doing ­business. That vision and his passion for building relationships and providing a premier service to customers has been the cornerstone of the company’s success. Today, Premier has grown to become a leader in charter service with a ­well-rounded fleet of 51 vehicles ranging from 14-­passenger shuttles to 81-passenger Van Hool double-deck coaches. ­Premier primarily runs charter service to New York City, Washington, Orlando, Chicago as well as other U.S. and Canadian destinations.

A long-time ABC customer, Premier began purchasing Van Hools in 2004 and the two companies have worked well together to satisfy its customer base. ABC and Premier work together to supply many special amenities for its customers. When asked about the acquisition of the new Van Hool coaches, Nate Frederick, chief operating officer, Premier Transportation, stated, “What’s not to love about a new Van Hool? Our customers enjoy the great amenities and fantastic styling and our drivers rave about the incredible ride and solid engineering.

Premier was one of the first private operators to purchase a Van Hool TD925 ­double-deck coach solely for charter service. This was an undeveloped market which presented a challenge and opportunity for the operator. The company was successful and creative in establishing a market for this specialty coach and shortly added a second double-deck to the fleet. “We are thrilled to have such a close relationship with Premier for so many years,” said Jim Morrison, vice president, sales, for ABC Companies. “Seeing this company’s growth over the years has been exciting, and we are very proud to be part of that growth.

Premier devotes significant time and effort making sure it turns out a consistently great product and service. “Over the past 14 years Premier continues to evolve its coaches to include the latest technology, providing its customers top of the line ­service,” said Jeff Jolley, account manager with ABC Companies. “The company is active in the industry and has been a member of UMA, ABA and TNMCA since 2005 stating that these organizations give the tools we need to know where to focus our attention.”

ABC Companies is a leading provider to the transportation industry with diverse product and service offerings that cover a full spectrum of operational needs including new and pre-owned, full-size highway coach equipment, transit and specialty vehicles. ABC supports customers with a comprehensive after sale service network for service and repairs, collision services, extensive OEM and quality aftermarket parts needs for transit, motorcoach and heavy-duty equipment from 10 strategically placed locations throughout the U.S. and Canada. Additionally, private and municipal financing and leasing options are available through the company’s financial services group. For more information, contact ABC Companies at (800) 222-2875 or visit www.abc-companies.com. 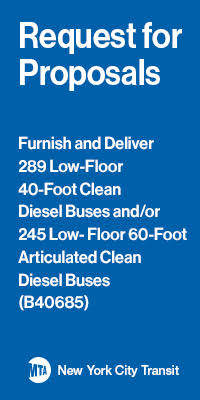