Motor Coach Industries (MCI), a U.S. subsidiary of NFI Group Inc. (NFI), the largest transit bus and motorcoach manufacturer and parts distributor in North America, has begun to deliver Commuter Coaches to NJ Transit in year three of a six-year contract with one of the nation’s largest public transit agencies. emissions as required by the latest Clean Air Act amendments. They also feature a 57-seat configuration that is seat belt-equipped and fully compliant with the Americans with Disabilities Act (ADA).

“We’re on track to complete deliveries on time,” said Tom Wagner, MCI vice president public sector. “It’s rewarding to be able to provide riders in the great state of New Jersey with a more comfortable commute. Our Commuter Coach has earned a workhorse reputation operationally and is popular with passengers for the legroom, amenities and smooth ride on the way to and from workplaces and appointments.”

In July 2015, MCI and NJ Transit signed a public transit contract for 772 new commuter coaches, followed by board authorization increases on options for a total potential quantity of 1,222 coaches over six years. MCI completed 374 deliveries to NJ Transit between January 1, 2016 and October 1, 2018, and 17 new models were delivered in October.

NJ Transit is the third largest provider of bus, rail and light rail transit in the United States, linking major points in New Jersey, New York and Philadelphia. The agency operates a fleet of more than 2,200 buses covering some 251 routes. With its full complement of buses, trains and light rail vehicles, NJ Transit complete more than 277 million passenger trips per year.

All together, NJ Transit has purchased more than 2,000 coaches over three decades from MCI, including 147 compressed natural gas (CNG) models in 2015 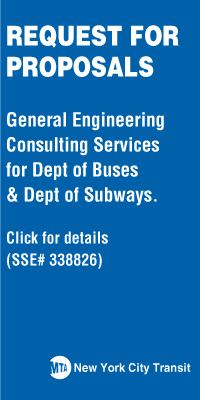